In case you missed this Small Talk Winner It is worth watching the whole clip. Harry and Charlie did not take part but I submitted a video to play along as they asked if they could use our clip for the introduction video.  Don't forget the Elephants :)
Posted by Harry and Charlie at Tuesday, July 27, 2010 3 comments:

The clip follows in the theme of all our clips :)

Links and description with video

I think I wrote early on in the blog about my love for Olympus cameras ever since buying an OM-1 (fully manual 35mm film) second hand many many years ago when I was at University.  I took it with me everywhere for about 10 years.  Well now I have the E-PL1 a digital fully auto SLR Micro four thirds Camera and I am over the moon.

My thoughts up to now on taking pictures had been that it is better to get 'the best you can' than worry about getting the best photo every time. While I also love my Olympus Tough and even the C-8080WZ which has given us all the best photos of the boys in the last four years, they don't work as well as I would like them to in failing light or out of the sun, especially with fast movement, which is pretty much always the case in the UK, and running around after Harry, Charlie and Jasper.

The E-PL1 gives me all I have been after for ages in a camera.  Can't praise it enough :)  It even shoots HD video which I have still to experiment with fully.

Here some photos with it.  It was just me with Harry, Charlie and Jasper so I was not able to get any group photos.  I was lucky to get any photos with all the running around and associated dangers of climbing on ropes a metre from the ground 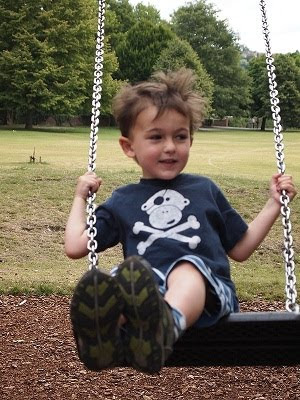 I took these of Harry and Charlie on sequential shot.  Something that has never given me good results in the past but I am very happy now.  I think the camera takes about 3 frames per second.  I even got photos of the boys coming down slides, something I have not managed before despite many attempts 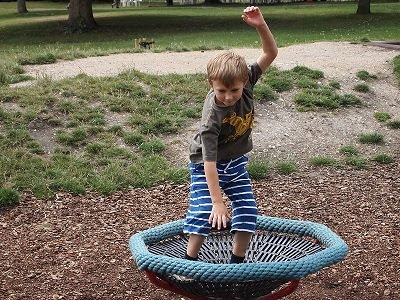 The funniest one of Jasper was of him drinking out of a water bottle but I just love his expression and light in this one. 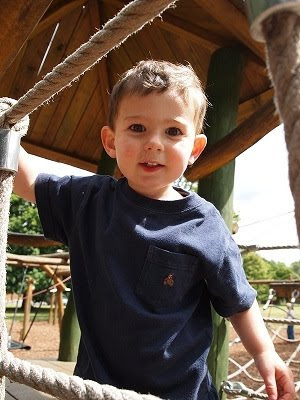 As this blog entry has turned into a bit of a review, it is only fair to point out a couple of things that perhaps I would like to have seen in the E-PL1 and that is a more robust body. I worry it will not take as much knocking as it may get over the years but I had planned to get a leather case for it anyway.  But I chose it over the PL2 which has a metal body for it's amateur features, i.e ease of taking video, built in flash and price so it is only fair there are some compromises.  The 10x zoom will go on my Christmas list for when the boys get a bit older and are enjoying activities further away than arms length.  First on my list of upgrades will be the electronic view finder as I much prefer framing pictures through a view finder than on the LCD screen.

I look forward to experimenting more especially on our holiday in France.
Posted by Harry and Charlie at Sunday, July 18, 2010 11 comments:

Changing of the Guard - Windsor

Last week Charlie went to see The Changing of the Guard at Windsor castle.  All very exciting! 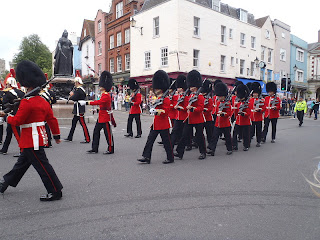 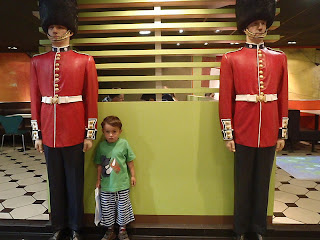 Labels: changing of the guard charlie bit me

Out Foxed by Harry and Charlie

I am writting this as much to remember myself than anything else,but please do enjoy.

Last night the boys were not going to bed nicely.  It was getting late and they were not staying in their own rooms (they have rooms opposite each other).  I went up to get them to settle to find one of them had poured water into a little cup with paper in it, water was also on the bedside table.  In itself no big deal and easy to clean up but I asked them who had done it so they could help.  Harry said Charlie and Charlie said Harry.  After a little toing and froing they understood that if neither of them owned up they would both be punished for lying and making the mess.  Still no change in answers.  I had my suspicions but I thought this was an ideal situation to reinforce the whole take responsibility for your actions and not to lie.  It also served as a good point to get them back to bed on.

The conversation started again in the morning over breakfast.  Still no change in the story.  So again reiteration of problems this was causing and how they would both be punished, i.e. no TV or Wii until one of them owned up.  Anyway after no progress for a few minutes Harry starts whispering to Charlie and after a moment or two Charlie owns up.  Not a great result as I don't really think Charlie did it and he did not fully understand the consequences of what he was saying while Harry did.

I tried to explain what this meant to Charlie and I think he began to understand and retracted his admission (he basically said he did it but Harry did it).  A bit more toing and froing and a little more whispering and suddenly Harry and Charlie both say they both did it.  More over while they were saying the other one did it, this is what they were trying to say and therefore they were not lying.

They had me, and they worked together to do it!

Yes I could have pursued it but it would have got way to complicated and they both would have been punished.  The issue was small in the first place which is why I chose it as an example.  Hopefully a lesson had already been learned.  No one lost TV or Wii time.  However they also understand that poor explanation of the situation is not going to be a defence next time :)

I am glad for me lesson on life given to me each day by Harry, Charlie and Jasper :)
Posted by Harry and Charlie at Friday, July 16, 2010 7 comments:

Business Insider - WHERE ARE THEY NOW? 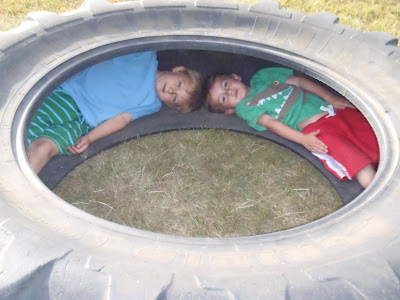 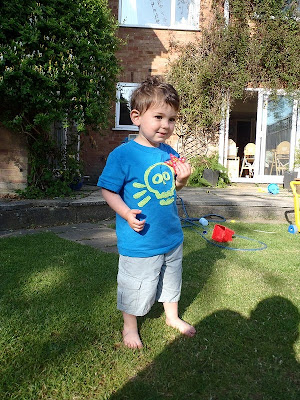 Jasper on his second birthday last month
Posted by Harry and Charlie at Sunday, July 11, 2010 5 comments: 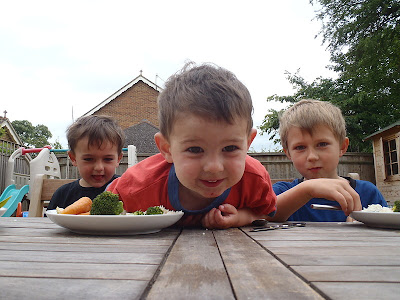 What incredible weather we are having at the moment - everything is outside with little time to sort out all the photos and vid :)
Posted by Harry and Charlie at Sunday, July 11, 2010 No comments:

Where we link too


Make a personalized gift at Zazzle.